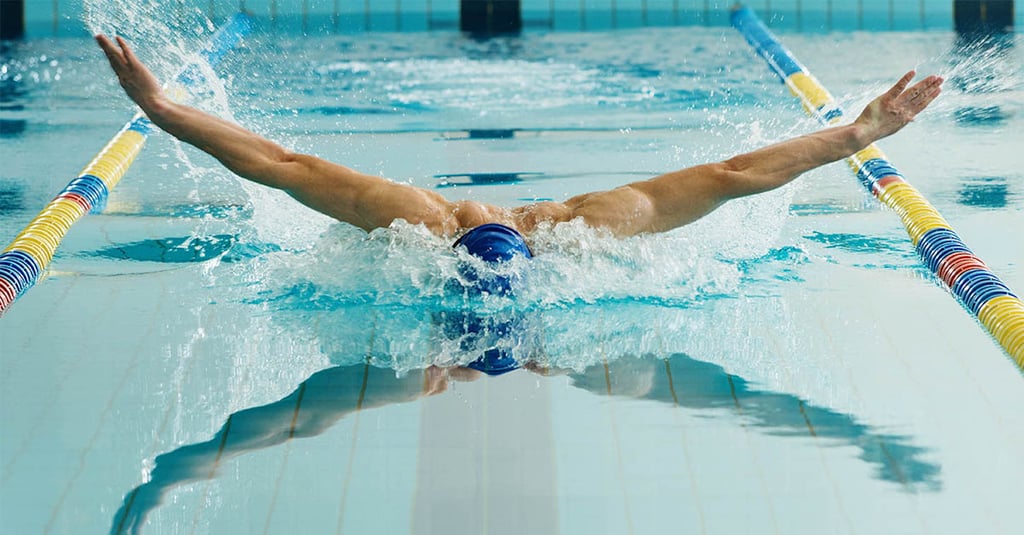 Kinesiology tape is used by athletes of all ages across all sports. Commonly seen on the shoulders of volleyball players and knees of runners, kinesio tape comes in a variety of bright colors and is intended to improve athlete performance. Although this tape is a popular wardrobe addition, the real question is: does the tape actually work? Injured athletes will try anything if it means they can return to the game, and this tape may or may not be the answer.

What is Kinesiology Tape?

Kinesiology tape is an elastic sports tape designed to relieve pain while supporting muscles, tendons, and ligaments without restricting the body’s range of motion. Unlike daily medical tape, kinesiology tape is used for recovery and to enhance athlete performance. Kinesio tape is typically worn for 2-5 days and is lightweight, comfortable to wear, and can be used to treat many common injuries like lower back pain, carpal tunnel syndrome, and sprained ankles. Dr. Kenso Kase, a Japanese chiropractor, created kinesio tape in the 70’s and it’s popularity has continued to grow in today’s sports world. Some of the most popular kinesiology tape brands are KT Tape, Rock Tape, and Kinesio Tex Tape. Kinesio tape can be applied in many different styles and has the ability to reduce pain and inflammation while promoting good circulation and healing. When an area of the body is injured, lymphatic fluid builds up and increases pressure on muscles which causes significant pain. It’s believed that when applied correctly, kinesiology tape speeds healing by slightly lifting skin away from sore or injured tissues in order to improve blood flow and lymphatic drainage. Ultimately, kinesio tape improves athlete performance and reduces the risk of injury in order to keep athletes off the bench.

Several studies investigated the benefits of kinesiology tape on individuals. Researchers analyzed the benefits of kinesio tape when applied to college students with shoulder pain. They did not find long lasting benefits; however, the study concluded that the application of kinesiology tape resulted in immediate improvement in pain level. Similarly, Sean Williams conducted a meta-analysis on the effectiveness of the kinesiology taping technique in sports injuries and found a lack of quality evidence. Studies showed that athletes had an increase in range of motion as well as a slight increase in strength. Jim Thornton, the president of the National Athletic Trainers’ Association and the head trainer at Clarion University in Pennsylvania, claims “there is no solid, independent scientific evidence that kinesio tape does what it is supposed to do.” He also suggests “it is possible that it has health benefits like improving muscle flexibility and reducing pain, but we just don’t know yet” (New York Times). Therefore, more scientific research is needed to confirm the health benefits of using kinesiology tape.

Although there is no conclusive scientific evidence, kinesiology tape may have a psychological benefit when it comes to athlete performance. In a study conducted by Poon et. al (2015), blindfolded participants were told that they had kinesiology tape on their legs during weight training exercises when, in some sessions, the tape was merely a sticky fabric. Researchers found that the participants performed the same during the exercises, whether or not they were wearing real kinesio tape. This suggests that a placebo effect occurs and because athletes believe that the tape will help support their muscles, it can boost their confidence and performance. Additionally, using the tape may become part of an athlete’s pre-game ritual that makes them feel ready for action. On the other hand, the colorful tape draws attention and might symbolize that an athlete has the determination to push through the adversity of injury. Therefore, using kinesio tape does have the potential to improve athlete performance.

So, is kinesio tape really worth the hype? Most athletes would do anything to overcome an injury so if kinesio tape might work, then it is definitely worth a shot. The taping serves as a temporary healing technique and could be an effective way to reduce pain immediately. However, there is a lacking of scientific proof whether kinesio tape will reduce injury, increase recovery, or enhance athlete performance. The most beneficial way to overcome an injury is to be diligent with a strength and rehabilitation routine. To read more about how to increase athlete performance check out these articles on overtraining syndrome and the impact of naps.