Anthony Ervin is one of the most exciting sprinters in the sport today, and we are proud to have him on the Bridge platform.  After winning the gold medal in the 2000 Olympic Games in the 50m free, Anthony retired from swimming.  In 2010 Anthony started training again, landing himself a spot on the London Olympic team.  He swam well in London and has continued to improve recently.  This summer at US Nationals, Ervin battled a lightning fast final to win the title in the 50m freestyle.  The three featured exercises that we will teach are the Seated Box Jump, the Dumbbell Forward/Reverse lunge, and the TRX Alligator. 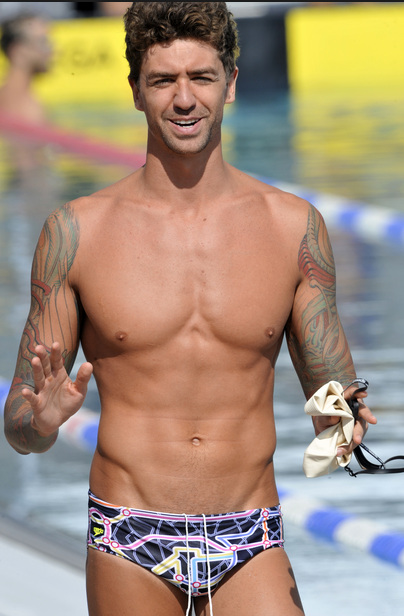 Equipment: The seated box jump is performed with a box and a bench, or 2 boxes.

Starting Position: The athlete starts in a seated position focusing on relaxing his or her muscles while maintaining perfect posture.

The seated box jump is an exercise we like to use to generate power through the hips.  Tony is an overwhelmingly fast twitch athlete, so for him the seated box jump is great because it works to his strengths without fatiguing him with heavy loads. As a pure sprinter, it’s important to select movements and loads that will not compromise his ability to generate high rates of muscle contraction.  From a functional standpoint, the movement also mirrors the start and helps emphasize explosiveness off the walls.

When Tony came out of retirement, one of the things we wanted to work on was helping build stability on the starting blocks.  He had not lifted at all during his retirement—so we emphasized generating a solid foundation to build from.  The DB lunge series helps him open up his hips while working on single leg stability. The emphasis has been on movements that involve as much of the kinetic chain as possible.  This increased balance paired with range of motion allows him to explode off the blocks with as little power leakage as possible, a skill that is critical in any sprint event.

Forward to Back Lunge from BridgeAthletic on Vimeo.

- Scapula and cuff stability work. Sprinters generate a lot of power as they initiate the catch phase of the stroke and need to maintain this hold all the way to the exit point.

The TRX Alligator is one of the exercises we use to activate the scapula, and stabilize the posterior shoulder. As a pure sprinter, Tony generates a lot of torque at the front­-end of his stroke.   This internal rotational power is how he cranks up to top speed, and increasing that torque is how he’ll generate more power.  Since he’s constantly working on increasing his power in the pool, we need to continue to emphasize balance by working the posterior shoulder with exercises like the TRX Alligator and band external rotation.  Better muscle symmetry and balance will decrease the risk of injury and improve his recovery time.

TRX Alligators from BridgeAthletic on Vimeo.

Click below to learn about how Nick and the Bridge team builds programs for each one of our athletes. 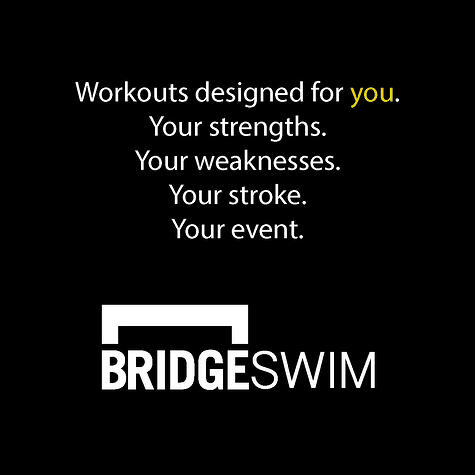