Increase Agility, Power, and Speed Outside the Weight Room 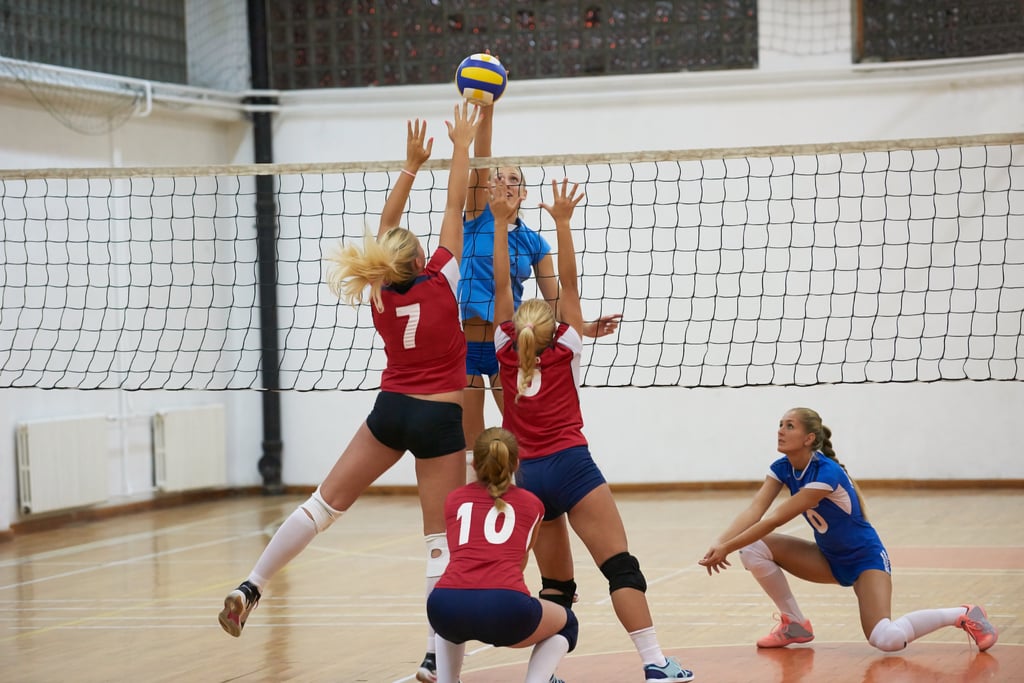 A large factor in achieving success in volleyball is the ability to quickly react to situations on the court and use full-body strength to win points. Whether players are training on the court or in the weight room, increasing player agility, power, and speed will enhance game day performance. Here is a list of volleyball-specific exercises that coaches can implement before or after practices when players do not have access to the weight room.

This is a great drill for athletes to practice their landing mechanics. Players should perform a controlled toe to heal landing and end in a solid athletic stance. Since many movements in volleyball involve jumping, a correct landing technique is needed to minimize risk of injury.

The seated box jump takes the standard box jump to the next level. Starting in a seated position allows the player to build quad strength, which increases their quickness and vertical jump height. Proper technique begins with the knees and shins forming a 90-degree angle with the feet shoulder width apart.

Depth jumps are good for building a player’s strength and power, which directly contribute to speed and quickness on the court. With a solid base of technical mechanics, athletes can focus on the explosive tuck jump at the end of the movement. Players should push themselves to see how high they can jump while still maintaining a correct landing in an athletic stance.

Power Step-Ups not only build size and strength in the quads, glutes, hip flexors, and hamstrings, they also significantly challenge the core. In addition, power step-ups enhance lower-body stability and makes athletes more explosive on jumps.

The wall sit exercise builds strength and endurance in the lower body muscles, including glutes, calves, and quadriceps. This increased leg strength makes it easier for players to get up and down off the floor, thus improving jumping and athletic performance.

A player's main focus for this movement is to keep their lower-back pressed into the ground and their core activated throughout the entire movement. Core strength is vital for a player’s stability and allows hitters to transition power more efficiently from their lower body to their upper body and arm swing.

The V-Up exercise is another great drill for building core strength and stability.

The purposes of this drill are to work on smooth changes of direction, quick starts and stops, and increase spatial awareness that allows players to quickly react on the court.

An effective volleyball strength and conditioning program incorporates strength exercises and agility drills to optimize athletic performance. Players need power in their legs to get high in the air and strength in their upper body to spike, block, and dig balls, while reducing the risk of injury. Ultimately, putting in the extra effort with training exercises will make players more dominant on the court. To learn more about enhancing athletic performance check out this article about volleyball-specific power circuit and this article about increasing quickness on the court.