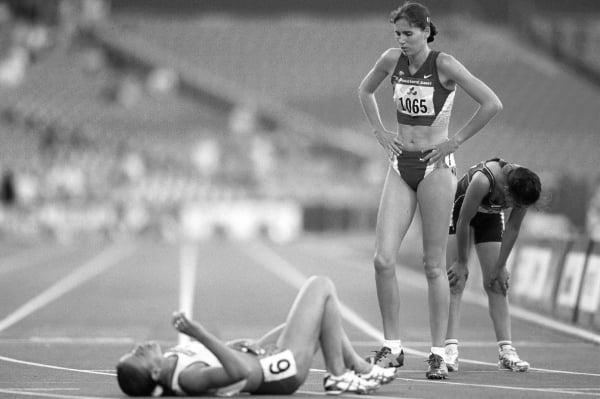 Muscle cramps can be a royal pain in the rear….and hamstring, calf, quad, … the list goes on. Even with the most disciplined training, fueling and hydration plan, a bad cramp can still find a way to hold you down on the day of a competition and completely change your performance. In fact, it is one of the most common medical problems encountered by competitors in an Ironman or any other ultra-distance event as well as affecting athletes of many other sports – especially during the conditioning phases early in pre-season training.

Affected athletes constantly ask why we cramp and how we can prevent it. In this blog, I hope to shed light on what is known and what still needs further study on exercise-associated muscle cramps (EAMC).

The medical definition of EAMC is a painful, spasmodic, involuntary contraction of skeletal muscle that occurs during or immediately after exercise.1 The non-medical definition is usually far more graphic. My worst muscle cramp experience was during my first 50k at mile 27. Looking back, I would describe it as a seizing, almost-crippling, loss of control of one's own limb(s). I questioned my ability to run another step, let alone finish the race. Not fun, to say the least.

Despite scientists’ and physicians’ abilities to answer some of the most complex medical conundrums, the cause of muscle cramping is still frustratingly elusive.

It is well documented that many athletes are “salty sweaters.” Some experts theorize that this lost sodium (via salty sweating) leads to cramping.2 Research on tennis and football players showed crampers lost more salty sweat and had a fall in sodium blood levels compared to non-crampers.3,4 Their recommendation for preventing EAMC is to increase salt intake in the diet and through sports drinks. It should be noted that the level of evidence (i.e., the quality of the study based on well-reviewed standards) is low for these studies and a “one size fits all” approach for management of muscle cramps should be avoided.

Dr. Martin P. Schwellnus and collaborating researchers have dedicated years to studying EAMC and have discovered it’s not just about the salt.

Dr. Rod MacKinnon, who co-founded Flex Pharma, a Boston-based biotechnology company, and Dr. Christoph Westphal out of Harvard Medical School are trying to solve the riddle by not focusing on the muscle, but instead focusing on the nerve. Here’s a breakdown of what they’re studying: 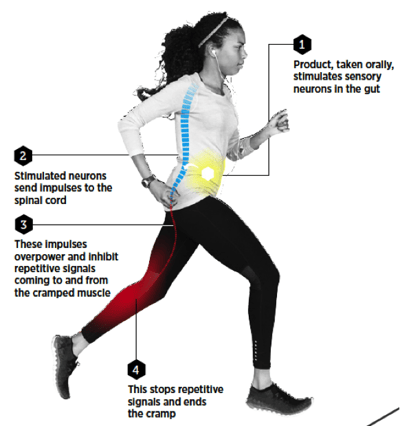 Is there a cure for the common cramp?

With multiple theories about the cause of the cramp, it’s hard to provide a single answer for a cure or prevention strategy. But, if you’ve experienced the debilitating effects of a muscle cramp, you want to avoid a repeat incidence, even if the evidence may be lacking. Based on the research out there, here are some helpful recommendations during training and competition.

Whether you’re an endurance athlete or just getting in shape for next season, cramps can be a painful detriment to any training regimen or even more so on competition day. Understanding the most common ways to prevent or treat EAMC can change the way frequent crampers get through intense training and competition in challenging environments.