Sports Specialization: Striking the balance between performance and injury prevention

Ask active young athletes who they look up to and good chance you’ll get the name of an Olympian, professional athlete, or perhaps the next rising star in their sport. Many aspire to achieve elite status, or a future collegiate or professional career in a specific sport. This can lead to an excessive amount of pressure by the athlete, coaches, parents, and teammates to pick a sport to specialize in early and put in hours of training year-round. Is this the only way to achieve the skill and experience to make it to the top? What are the downsides of this? This sports science article will provide some background on sports specialization, discuss the risks of early sports specialization, how early versus late influences performance, and, finally, provide some recommendations to coaches, athletes, and parents on training.

Whatever happened to the neighborhood pick-up game? Does it still exist? What about the multi sport high school athlete? Youth sports has changed dramatically over the years, with greater emphasis on organized sports. Some select or travel leagues start as young as seven years of age. An estimated 60 million youth aged 6-18 years old participated in organized sports, an increase from 45 million in 1997.1 Figure 1 outlines benefits of organized sports and some surprising statistics on the high dropout rates and incidence of overuse injuries. 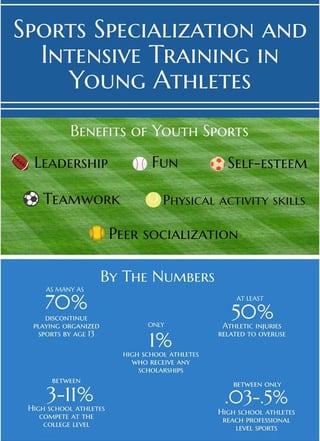 Figure 1: The Benefits of Sports Specialization in Young Athletes

Sports specialization is defined as intensive year-round training in a single sport at the exclusion of other sports.3 The degree of sports specialization can be defined as low, moderate, or high depending on whether the athlete 1) chooses a main sport, 2) participates for greater than eight months per year in one main sport, and/or 3) quits all other sports to focus on one sport.4

A theory proposed by Côté and colleagues called the Developmental Model of Sport Participation (DMSP) introduces two distinct types of early sport environments that can potentially lead to elite performance in sport: early sampling or early specialization.5 Early specialization is characterized as a high volume of deliberate practice with a low amount of deliberate play in a single sport with a focus on performance as early as age six or seven whereas early sampling (or diversification) is defined as involvement in various sports with a focus on deliberate play.6 To clarify further, deliberate practice is highly structured activity with the explicit goal to improve performance while deliberate play is intentional and voluntary nature of informal sport games designed to maximize inherent enjoyment. The ongoing debate is whether early specialization will eventually lead to elite sports performance or, instead, injury or burnout.

A commonly cited example of early sport specialization is top professional golfer, Tiger Woods, who was introduced to golf at the ripe age of two years old. Many parents believe sport specialization is the only way to gain the competitive edge and achieve success in sport. In contrast to the previously described deliberate play, deliberate practice is the approach used in sports specialization, which often uses a training regimen that is usually not in accordance with the child’s motivation to participate in sports.6,15

What about the “10,000 Hours” Rule? The media has often misquoted Ericcson’s “10,000 Hours” study with the misconception that in order to succeed, an athlete needs to have 10,000 hours of practice/competition to truly find mastery in that field. In fact, the research was based on studies of small numbers of chess champions and highly selected elite musicians whose success was attributed to very high volumes of training. With the exception of a few sports, such as gymnastics and figure skating, the odds of excelling to the elite level in sports do not appear to be increased by early sports specialization.4

In contrast, Wayne Gretzky, arguably the greatest hockey player of all-time, played baseball and lacrosse in his youth. A study of NCAA Division I athletes found that 70% did not specialize in their sport until at least age 12 and 88% had participated in more than one sport.17 In addition, athletes who engaged in sport-specific training at a young age had shorter athletic careers.6

Instead of early specialization, emphasis should be placed on early diversification, which allows the athlete to explore a variety of sports while growing physically, cognitively, and socially in a positive environment and developing intrinsic motivation.2 Current evidence suggests that delaying sport specialization for the majority of sports until after puberty (late adolescence, ∼15 or 16 years of age) will minimize the risks and lead to a higher likelihood of athletic success.2

Numerous studies have examined the rates of injury in early sports specialization:

Several theories exist for why the increased injury risk:4