We Need to Train Together. It's Time To Train the Same.

TRAIN TOGETHER. TRAIN THE SAME. 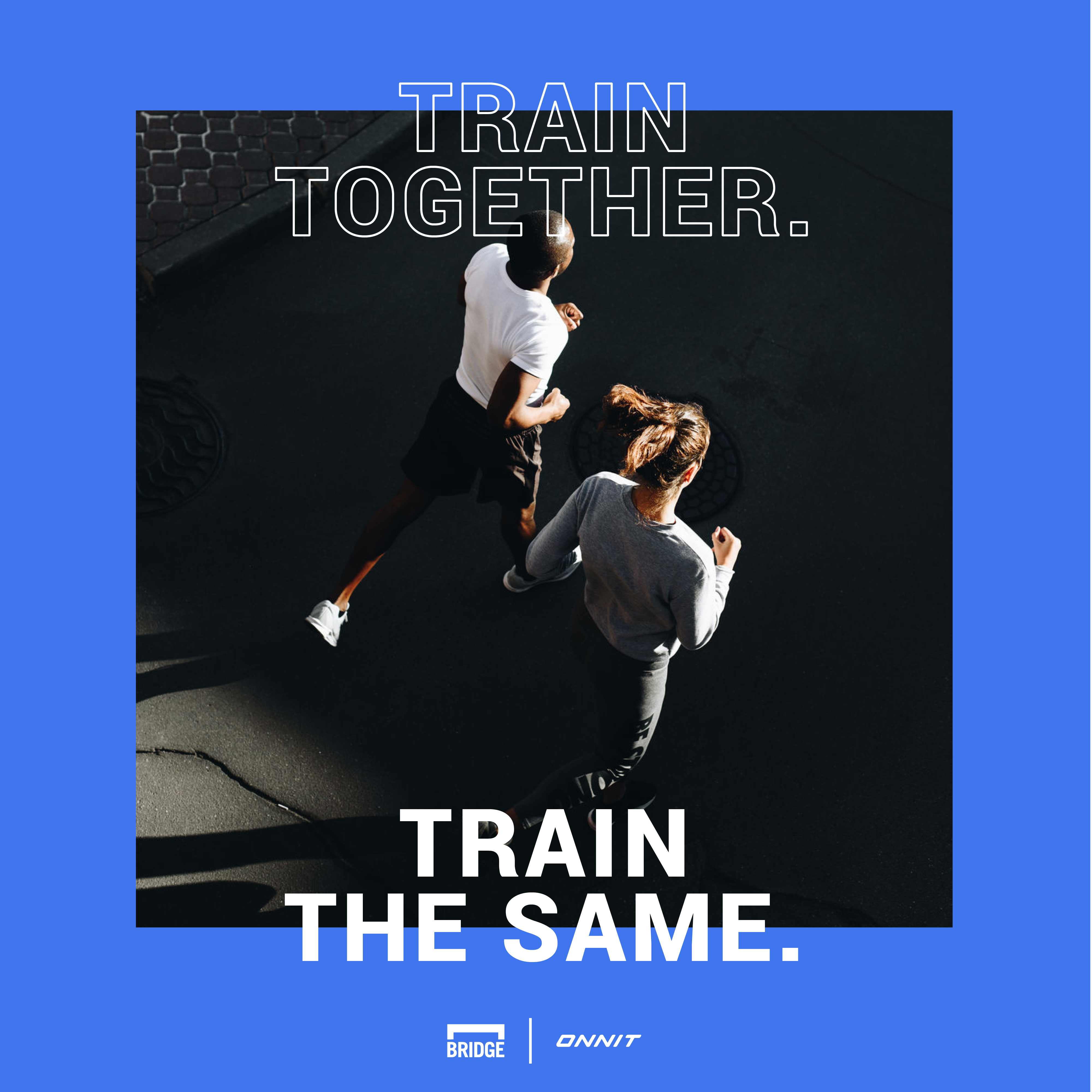 Have you ever been told you had to train a certain way because of your gender?

Have you ever felt the pressure to look a certain way to get ahead or be treated fairly?

As a coach, how do you help teach your athletes that the way they look or the gender they identify with shouldn’t define their success?

BridgeAthletic and Onnit are coming together to redefine the way we train.

By providing better access to training, we’re showing athletes that gender should never dictate the sports they play or the ways they train.

Our Train the Same Summit is a weekend to celebrate the different ways to train and to teach coaches, practitioners, and parents how to create a truly equal playing field.

In honor of the UN’s International Day of the Girl on October 11th, 2019, BridgeAthletic and Onnit will be running a digital campaign to shed light on the stereotypes surrounding the fitness and sports community.

Our Train the Same Summit is a weekend to celebrate the different ways to train and to teach coaches, practitioners, and parents how to create a truly equal playing field.

International Day of the Girl was launched by the UN in 2012 to shed light on the global challenges girls face including domestic violence, discrimination, and child marriage.

Each year the UN calls on a specific theme to help address these issues. 2019’s theme is said to be “Empowering Girls for a Brighter Tomorrow.”

By the age of 14, girls are twice as likely to drop out of sports and as adults, only 20% of women practice any form of strength training.

Meanwhile, girls who play sports are 10% more likely to trust other females and 95% of Fortune’s 500 CEOs were athletes.

The current fitness narrative has altered the ways we play as kids and how we train as adults.

Harmful jargon and branding teach us that strength is inherently masculine.

Thus, girls and women turn towards runway models, rather than role models; scales rather than weights; chat rooms on social media, rather than teammates in a locker room.

According to the Women’s Sports Foundation, factors such as social stigma, lack of access, and lack of positive role models, can all contribute to the reasons why girls drop out of sports in their adolescent years.

Bridge and Onnit have partnered to combat the gender imbalances within fitness and sports by providing the current and next generation of athletes with the support, access and role models they need to equally excel, far beyond the playing field.

SHOW US HOW YOU TRAIN THE SAME. #TRAINTHESAME