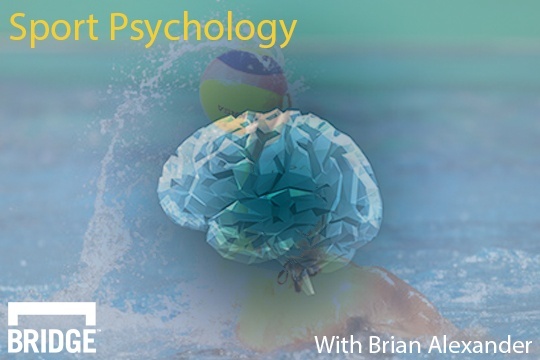 This month’s edition of Sport Psychology addresses two potential team issues that coaches can face when teams are just coming together and establishing baseline norms. Here are two case studies that can help guide coaches in how to address these situations.

In the last article, we reviewed a very important stage of team development called the norming stage. This stage can often be overlooked as not essential to the success of the team but usually helps a coach create structure around how the team members are expected to operate. Creating norms of behavior is not an easy task because it requires input from many people and some norms can take a while to develop or reveal themselves. However, without them, the team will lack an important level of cohesion that helps them connect and trust at the deep level needed, especially in high stress situations.

Below are two examples of hypothetical situations that you or your team may encounter. The solutions presented may work for your team but most likely will need some adjustment to meet the unique needs of the environment and individuals involved.

One of the best players on the team finds an excuse to miss a practice every week. Examples of these excuses have been in the form of doctor’s appointments, personal family matters, and general rehab in a private clinic. Even though these are excused absences that have been communicated to the coach on a weekly basis, the other team members are starting to question this player’s commitment to the team. They feel that they are making sacrifices in other areas of their lives to make every practice a priority and do not see the same commitment from this other teammate. Even though they are still friendly with the player who is missing practice, you can see that this issue may grow and impact the team negatively down the road.

Now, take a moment to think about what norms could be set up to address this issue. Once you’ve thought it through, read on.

This situation is common on teams at every level and there are a million reasons why the player may need to miss practice. The troubling case here is that this player is finding a way to miss a practice every week and it is not a one-time occurrence but a pattern. The important aspect of a team establishing norms is to allow it to develop organically, however as a coach you want to nip issues in the bud before they turn into something bigger than they need to be (see our previous article on dealing with team conflict here). Since there was not a specific team rule established about missing practices for valid reasons when communicated clearly, you might want to ask your other team members how they could communicate their concerns to this teammate in a players only meeting. In a non-formal setting, you could encourage the members of the team to sit down with their teammate when you hear them making comments about the player not being at practice. You are trying to encourage them to bring the player in closer by allowing them to take ownership over the issue and remind them of the goals they have for the season and the time commitments they have to the team and each other. Additionally, you could encourage the player to try and reorganize the appointments around practice time in the future or have them ask the team for permission to miss. Every situation is different but the key here is that it will be an inclusive process and hopefully empathy for all teammates’ positions will be developed through open collaborative communication.

An athlete during conditioning practice is not giving 100% effort on all drills and sets. This becomes evident when there is a sprint or a chance to compete because this athlete always wins or finishes near the front. It’s interesting because the athlete’s body language and attitude toward the conditioning shows they do not think it is important and are just trying to get through. They have even started to bring some of the younger athletes under their influence on the training team and their effort has declined over the past few practices. As a coach, you realize that this level of training is not going to lead to these athletes realizing their potential in their sport.

Now, take a moment to think about what norms could be set up to address this issue. Once you’ve thought it through, read on.

It is usually an expected norm of behavior that athletes are committed to put in hard work in order to achieve big results in their sport. For anyone who has participated in athletics, you know that the daily grind of training and conditioning is a motivational challenge to find consistency in maximum effort with a positive attitude. In this case, it seems as though this athlete is struggling to connect with a motivation that extends beyond each practice. It is also important to note that this athlete is negatively influencing other members of the training team, most likely because they think that this strategy is working because this athlete can turn up their speed when faced with a challenge. It seems as though there are two norms in this situation that need to be addressed. The first is the athlete’s motivation and focus when not finding it challenging or important enough to put forth maximum effort in all training. The second is the leadership influence that this athlete and all others on the team have with one another.

To address the first norm of behavior, coaches should find ways to question the athlete about their own assessment of their effort during training. Before, during, and after drills and sets, ask in a non-threatening way with friendly tone of voice, how their work today is helping them get closer to their goals for the season (see here for helping your athletes set and realize their goals). Eventually, you may see this athlete emotionally open up and in that moment, it is important to pull them aside in a private way to let them know how much you care about their success and encourage them to care as much about their own as well. You can even help them facilitate their own mission statement that relates to why they do what they do. That discovery will help them set up the norm of maximum effort in all conditioning drills.

By tackling the first norm, you may simultaneously tackle the second norm in this situation of leading by example. This is especially true if the younger athletes are as greatly influenced by the behavior of the older athlete(s) as it seems. As the older athlete develops their why and improves behavior, the younger athletes will be influenced in a positive direction and conform to the new norms of the leader. However, this may not be enough for them to discover that they can also be leaders of themselves in order to influence others. As a coach, you can communicate values of successful self-leaders as you see behavior that does not match. You can also ask teammates to share their vision of a leader and then encourage every team member to introspectively assess how they are matching those values on a daily basis.

Remember that in all norming situations, it is important to allow some autonomy in the process of identifying what is acceptable behavior that leads to ultimate team and individual success. There are a number of standard formal norms that every athlete in every sport needs to follow in order to be successful. The art in moving through this stage of development is customizing those norms to fit the personality styles of the individuals on the team along with the unique team identity that is created by its cohesion.