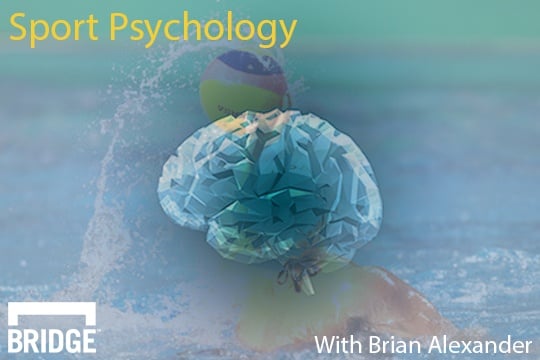 This month’s edition of Sport Psychology addresses two challenging situations that coaches can face with their players who may not have team success as their top priority. Here are two case studies that can help guide coaches in how to address these situations.

As a coach, knowing how to take the right steps to help your team resolve and grow through difficult situations can be the biggest challenge you face. The following examples will demonstrate how to face some hypothetical scenarios where team cohesion was in jeopardy and suggest some steps to help unite your athletes.

The team captain, who is also the best player on the team, is challenged for their position by a newcomer. In response to the challenge, the team captain attempts to sabotage the newcomer’s play by making it socially impossible for the newcomer to connect with teammates and gain acceptance. The team captain creates a degrading nickname for the newcomer and consistently openly degrades them for every little mistake while never praising good plays. You observe that the confidence the newcomer has in their play starts to deteriorate and their motivation dwindles as the conflict becomes more evident throughout the first half of the season. The newcomer’s effort becomes less and less throughout the year and there is a noticeable difference in his morale with the team. Now take a moment to think about how and when you would address this issue. Once you’ve thought it through, read on.

The first issue to address as the coach in this challenge is the captain’s desire to lead his teammates. Every member of the team regardless of their skill level needs to understand that they play an important role in the team’s success. The best first step here is to schedule separate one-on-one meetings with both athletes.

In the meeting with the newcomer to the team, the emphasis should be focused on how connected he is feeling to his teammates, what aspirations he has in his athletic career, and how he has been channeling his daily focus in training on those aspirations. During the conversation, he will most likely bring to the surface some of the obstacles he is finding with the team. Beware of any comments from him that sound like recurring excuses on items that are not in his control or seem like diversions from what he aspires to achieve. You can help him become aware of these diversions by paraphrasing what he says, such as: “On the one hand you want to… but on the other you are telling me that … is stopping you. What’s more important now to help you succeed?” As your conversation unfolds, you will find that his clarity of what he wants to achieve will increase and the importance of distractions will start to dissolve. You want him to focus his energy on the most important aspects to working efficiently on closing the gap from where he is to where he wants to be.

After the one-on-one meetings, require that the team captain schedule lunch or some other gathering with the newcomer where he shares with the newcomer what his teammates can expect of him and what he expects from the members of his team in order to achieve success. Make sure he continues to connect his definition of leadership with his expectations and actions. You can also offer to be present at this meeting if either party would like you to be so that you can start the conversation or facilitate discussion.

One of your athletes is convinced that you do not like or respect her on the team because you have yelled at times in practice and games about her mistakes and seeming lack of effort. This athlete is an important social component to the team, and, because she feels she doesn’t have the coach’s trust, she starts to create a divide between the other girls on the team. You notice that on team trips some athletes socialize within their own clique and exclude those who regularly receive open feedback with a team first attitude. You have heard that there have been backstabbing comments from this athlete to her teammates and now her parents have also become involved. They are concerned for their daughter’s well-being and write you an email blaming you for ruining their daughter’s athletic experience. Now take a moment to think about how and when you would address this issue. Once you’ve thought it through, read on.

This challenge can be very difficult for coaches to tackle because of the very nature of their coaching style. Creating a culture within the team of continual growth and improvement is critical to end of the season success. Part of growth and improvement as an athlete is learning from your mistakes in a productive way by holding yourself and your teammates accountable through constructive feedback. It is impossible to learn if athletes aren’t aware of the mistakes they are making and then instructed on how to improve. They also need to learn to take ownership over situations to find a stronger locus of control of their progress without their parents stepping in to “save” them.

In this scenario, the athlete has taken your yelling as an attack on her personal well-being even though you most likely did not intend it to be. Before you move forward, it is important to check and reflect on the default language you use when instructing athletes on their mistakes. When you do, check to be sure that the words you use are directed toward the athlete’s behavior rather than at her as a person. A key component to establishing a growth-oriented culture is to help the athletes build confidence and stability in themselves as people first and athletes second. High performing athletes will eat, sleep, and breath their sport but they do not need to let it define them as people. They are people who happen to be very good performers in what they do and should aim to be the best they can possibly become at their craft. You can reinforce this by asking open ended questions during learning moments starting with “What…” “How…” and “When…” not “Why…” These types of questions encourage learning. There will be other times when the athlete does not have the time to analyze and process information. In these moments you will need to direct their awareness without attacking them as people. To do this, focus very clearly on their actions and how that can be improved to benefit the team. This connection with the team is important as it removes any personal motives that may be inferred by the athlete.

Use this approach with this particular athlete on a regular basis moving forward especially in front of the team to show that you do care. You will also need to find time away from practice to share with her what you have noticed and without accusing her, ask her how important she feels as a member of this team. It will be a challenge for you to set your ego aside but by doing this you show that you are able to show some humility. If she continues to undermine you after multiple attempts to connect then you might need to share what you have observed and how you have attempted to resolve the situation giving her an ultimatum to change her attitude and buy-in to the team mission and goals.

All conflict resolutions during the storming stage need to be resolved with care of the individuals involved so that their personal and athletic development are the first priorities. These ideas should be expressed in the team values and mission for the season as indicated on the team charter. The stronger cohesive team in social and sport specific situations will show more resilience and mental fortitude against another in the most challenging competitions.